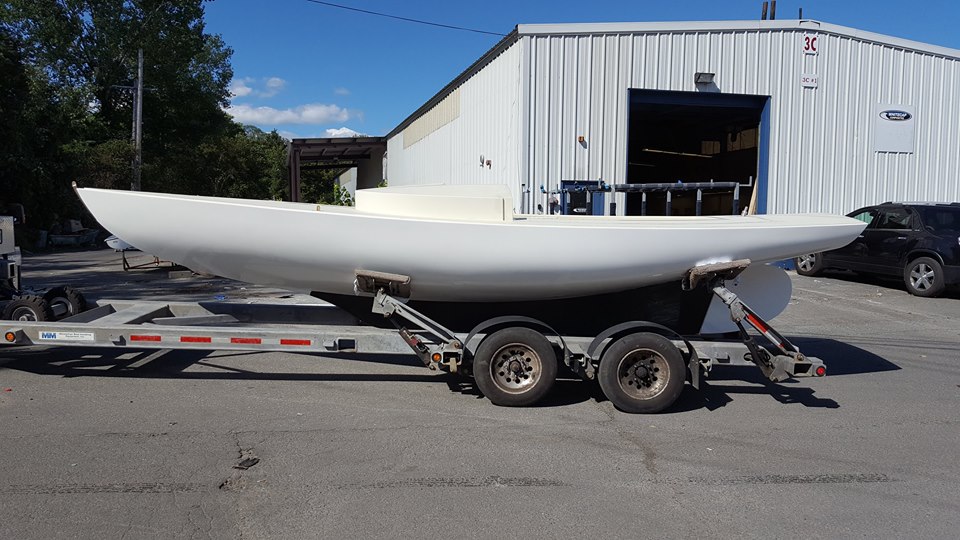 No new fiberglass boats had been built since 1990, and without new boats, the class was not going to survive. In 1997, Class Secretary Carter Bacon and Vice-Chairman Don Law started a three-year process to research all of the logistics in producing new fiberglass boats.

They surveyed yacht club members on the South shore of the Cape to determine what prospective buyers might be willing to pay, and surveyed a series of yards to determine what the boat could be built for. In 2000, they began working with Bernie Shaw of Shaw Yacht in Rockland, ME to repair the weather-damaged molds for the hull and began construction of a new Wianno Senior for test and certification purposes.

The Class engaged the services of Alan Gilbert, retired from Sparkman and Stephens, to do the necessary engineering work and to certify the new boat as a Wianno Senior equivalent to those built in the past. Mr. Gilbert was the chief design engineer for the wood-to-fiberglass design project completed in 1986. In January 2001, the test hull was certified as a Wianno Senior conforming to class regulations, and construction of two other boats was begun. Both boats competed in the 2001 Scudder Cup Championship which was won by Karl Anderson in “Pieces of Eight”, Hull #188. Since 2001, an additional 38 Wianno Seniors have been launched.

In 2016, with the retirement of Bernie Shaw, fabrication of the hull components was moved to Whitecap Composites in Peabody MA. The construction of hull #225 is shown below with hull #226 in the molds waiting for a buyer.